Older boat owners are more law abiding, but most Norwegians follow the safety regulations at sea. 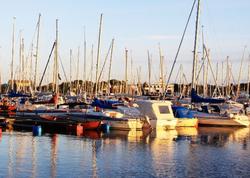 Approximately 30 persons die each year in leisure boat accidents in Norway. More than 90 percent of these persons are men, and a majority of the victims were not wearing personal floating devices.

However, most leisure boat users in Norway behave safely at sea, and follow the safety measures. Running the boat aground is the most common accident type (35 percent), partly due to the fact that many of the shallows are not marked on a map or indicated by buoys.

“Engine breakdown” and “object in the propeller” is also common accident types in Norway. Only three percent of the accidents were reported to the police, while 32 percent were reported to an insurance company. This indicates that most accidents that happens when using leisure boats in Norway, does not cause major damages on persons or on the boat.

The risk of accident while using leisure boats is higher than for cars, but lower than for using cycle and motorcycle. The speed of the boat is slightly higher in accidents causing personal injuries, than in accidents only causing property damages.

About 45 percent of boatowners have at some time consumed alcohol immediately before or during a boat trip. The blood alcohol limits at sea is not as severe as in road traffic (0.08 vs 0.02), so even though many have been drinking alcohol at least once while driving a boat, this not necessarily mean that they have been driving with an illegal blood alcohol level.

The report is based on a survey that was conducted in August/September 2015. The respondents were randomly selected from the Norwegian register of leisure boat owners (Småbåtregisteret) administered by the Norwegian Society for Sea Rescue. Around 11 000 boat owners answered a web survey.

The report is written in Norwegian, but you can read an English summary here: Leisure boat use in Norway. Accidents and safety attitudes. TØI Report 1547/2017 Authors: Astrid H. Amundsen and Torkel Bjørnskau