Drivers without a license or with a stolen vehicle are involved in more than 10% of fatal road crashes in Norway. Many of these crashes could be prevented with technical systems, like electronic driver authentication. 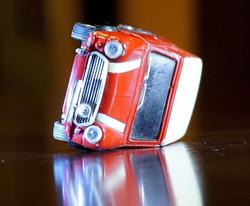 A new literature review shows that unlicensed drivers have a considerably increased crash risk. Such crashes could be prevented by electronic driver authentication, i.e., a technical system for checking that a driver or rider has legal access to a vehicle before driving is permitted.

This can be done by requiring the driver/rider to identify themselves with a national identity number and a unique code or biometric information before driving may commence, and that the vehicle thereafter verifies license availability and vehicle access by communication with a central register.

However, there are many crashes that are not influenced by those measures, and there is consequently a potential for additional safety improvement by means of an electronic driver authentication system.

The report is written in Norwegian, but you can read more in our English summary: Road crashes among unlicensed drivers – preventable by new technology? TØI Report 1529/2016. Author: Fridulv Sagberg