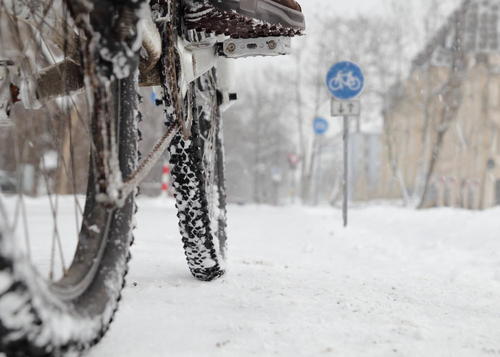 By better maintaining bike lanes year-round and securing a well-connected bike infrastructure more people will choose bicycle over car as their primary means of transport.

In a new TØI report cyclists have pointed to factors that promote and inhibit cycling. Researchers have conducted surveys in nine urban areas.

If they do not find it appropriate alternative to bike most people choose car. The target of zero growth states that any growth in future city passenger traffic must be taken by pedestrian, bicycle and public transport. This study shows that satisfactory maintenance of sidewalks and pedestrian- and bicycle lanes is essential if more people are to choose bicycles over cars.

The study reveals a great geographical variation. The cyclists from Trondheim, Bergen and Tromsø are the least satisfied with the operation and maintenance in their cities, while the cyclists in Kristiansand, Rogaland and Kongsberg are the most satisfied. Women, and especially those over 60, are more concerned about difficult driving conditions than men, and especially in the winter time.

In summer, 1 in 3 states that unevenness, holes, sand / gravel on the tarmac is a major problem, while 1 in 5 highlights glass shards as a big problem. 4 out of 10 experience high curbs as a major problem, but women to a greater extent than men - and especially the respondents from Bergen.

When it comes to winter conditions, lack of mowing sidewalks and pedestrian- and bicycle paths are the biggest problem. 1 in 5 thinks that it the lanes are sanded too rarely, while just as many think sanding is done sufficiently. Also, when it comes to the use of salt, the opinions are fairly divided.

Women are generally more concerned about difficult driving conditions than men, especially in winter and especially the older women over 60 years.

By improving winter operation and maintenance by more frequent mowing, dieting and littering are highlighted as factors that can help more people to cycle in the winter. In the summer months, there is a need for better and more coherent bicycle paths, according to respondents in the survey.