In this work package researchers at TØI are testing the effect of economic incentives for cycling using an innovative app tracking technology. In particular, we run a Randomized Controlled Trial (RCT) in the field  to test to what extent monetary incentives can increase people's cycling activity.

We recruited more than 600 participants and compared effect of receiving: a) a big win ticket, b) a big win ticket AND the possibility to lose everything, or c) a fixed amount of money for each kilometer cycled. 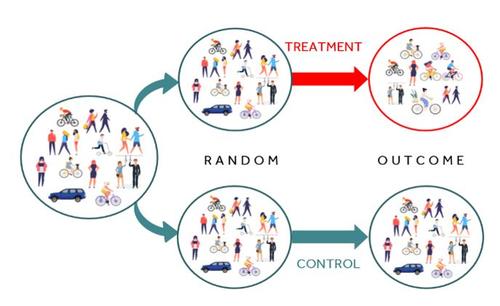 RCTs are study methodology used to assess cause-effect relationships by randomizing participants into (treatment and control) groups and by exposing only part of them (the treated) to an intervention. If the experiment is carried out correctly, the researchers manipulate conditions to exclude selection bias and other confounding effects. After the exposure period the outcomes from the two groups are compared, and the treatment effect can be correctly estimated.

Motivation:
In Norway, the socialist party suggested to implement measures where cyclist and pedestrian could deduct part of their taxes based on how many km they cycled or walked, in order to increase the proportion of commuters by bicycle or walk rather than by car. See NRK article: https://www.nrk.no/norge/sv-vil-dele-ut-penger-til-syklister-og-fotgjengere-1.12327174

The proposal was appealing but faced some opposition partly because of the problems associated with monitoring those who cycle or walk, but also because of high expenses related to the deduction.

Insights from behavioral economics paired up with new mobile app sensing technologies give us the right tools to approach this problem. From Kahneman and Tversky (1979) seminar paper on prospect theory we learn that people tend to overweight small probabilities and that they are attracted to lotteries with low probabilities and high rewards. Hence, we hypothesize that a well-designed lottery could work as well as, or better than a small incentive for all.

Pilot
A pilot was run in the spring of 2017 to test whether people would react to such incentives and to test response to the app. This study was pre-registered in The American Economic Association's registry for randomized controlled trials (AEA RCT registry). The pilot was used for power calculations and to calibrate the full experiment of 2018. 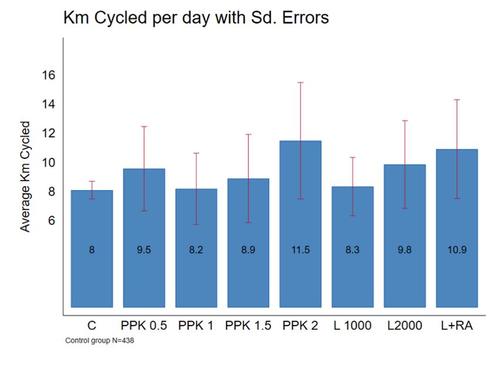 This study was analyzed and described in a master thesis of  Henrik Langsether Rainuzzo from the University of Bergen.

The full scale experiment
We conducted a 5-week experiment during the fall of 2018. Participants were recruited from three major Norwegian cities (Oslo, Trondheim and Bergen) through different media: Norway's Automobile Federation (NAF) (18%), Facebook and Internet website (68%), and people who previously participated in surveys and experiments run by the Norwegian Centre for Transport Research (TØI) (13%) and the University of Oslo (4%).

The experiment consisted in 3 treatments and one control group. All participants in the pay per km (PPK) treatment group received 2 Norwegian Kroner (EUR 20 cents) for every km cycled during 15-day (experimental period).

These two treatments differ between each other because participants in the RA group can risk losing everything. They have to win 2 lotteries in order to bring the money home. First, the researcher draws one of lottery ticket based on how many km people had cycled. Second, another lottery was run to draw one day out of the 15 days.

The winner of the km-lottery would receive the prize only if he or she has also registered at least one cycling trip in the day extracted by the second lottery. Otherwise, he or she receives a message about the missed opportunity and another potential winner is drawn again.

Results
Results are in line with the hypotheses: compared to a control group, payment of a flat rate to everyone and the possibility for few of winning a lottery resulted in a significantly increase in cycling activity. Our results show that the strongest effect is found in the PPK treatment, where participants registered 48% km increase, and in the treatment with regret aversion (RA) with 36% increase. 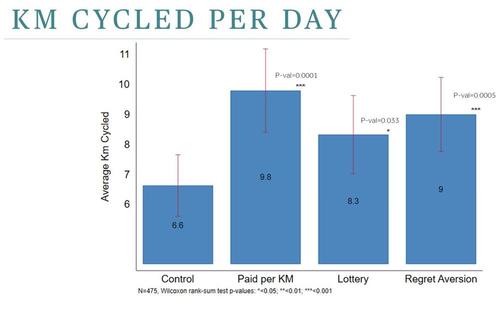 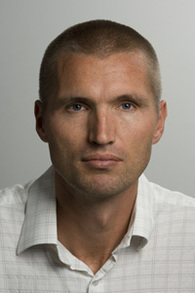