How do ordinary road users interact with self-driving buses in ordinary road traffic? Join the final seminar to hear the results on April 28th at 9 AM (CEST)

The main purpose of the AUTOBUS project has been to study how ordinary road users interact with self-driving buses (AV shuttles) in ordinary road traffic, at three different locations in Norway, namely Forus, Kongsberg and Oslo.

We have used repeated field surveys and video recordings to gather data, and a key research question has been whether the interaction changes over time when road users get used to the AV shuttles.

Some researchers have suggested that since these AV shuttles run so slowly and so defensively, other road users will take advantage of this and hinder their accessibility in traffic.

So, is that what actually happens in real-life traffic with AV shuttles?

PART ONE See the recording of this session HERE

PART TWO See the recording of this session HERE

PART THREE See the recording of this session HERE 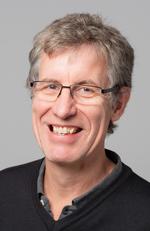