Plug-in hybrids drive electrically with power from the grid 55% of the time. Battery electric vehicles are driven more in total and in everyday traffic. 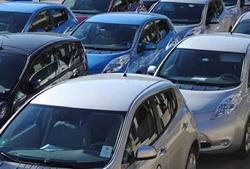 Battery electric vehicles are more energy efficient, pollute less and emit fewer greenhouse gases than vehicles powered by fossil fuels. Plug in hybrid vehicles are in a mid-position, capable of prolonged driving in electric mode with electricity charged from the grid or the use of fossil fuel in an internal combustion engine.

The Institute of Transport Economics recently conducted a survey among 8000 vehicle owners in Norway. It shows that plug-in hybrids drive electrically with power from the grid 55% of the time.

The vehicles are mainly charged at home, partly at work and rarely elsewhere. Fast charging is used for irregular trips where users plan to use them to accomplish the trip or to solve a problem on the go.

No information existed prior to this survey on the usage pattern of plug-in hybrids in Norway. For battery electric vehicles a similar survey was carried out in 2014, which makes it possible to track progress over time.