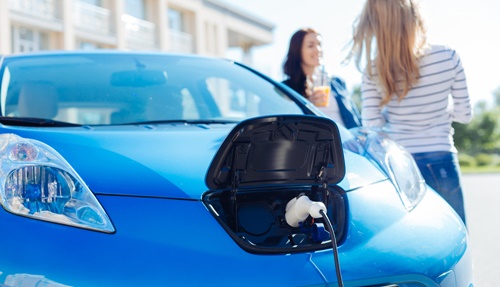 Norway’s policy on electric vehicles has led to a tipping point of fossil fueled based vehicle ownership by households.

Battery electric vehicles reached in 2017 a market share of 20 per cent in Norway, and a fleet share of 5.1 per cent. This impressive development is the result of large incentives and a stable long term policy on electromobility.

The large increase in electric vehicles, that mainly have been replacing vehicles with internal combustion engine has led to a tipping point of fossil fueled based vehicle ownership by households in 2014, as seen in the figure below.

This impressive development is however not nearly enough to meet the Parliaments target of only selling zero emission vehicles by 2025.

A flow of new models with longer range coming on the market the coming years will aid, but traffic on peak travel days can become a major barrier. It may not be economic to build out charging infrastructure capacity to absorb these peaks. Users will thus confront a trade-off between daily cost and time savings and longer stops and charging queues on long distances.