With a focus on equity effects, three CO2 abatement measures bearing on automobile taxation have been studied by means of network travel demand models and a discrete choice model for vehicle purchase. 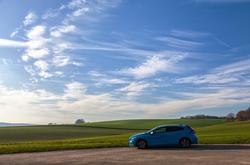 The commuter tax credit in effect in Norway helps equalize welfare between low and high income communities. Revoking it would be a strongly regressive tax reform, affecting people in low income areas much more than in affluent ones. Increasing the fuel tax would have similar, although not quite so strongly regressive effects. Higher toll rates and ferry fares also affect different population segments unequally, but this variation has little to do with income and more to do with geography per se. In choosing among these three policy measures, there is a clear conflict between equity and efficiency, in that the most cost efficient measure for greenhouse gas abatement is also the most regressive, while the least efficient measure is least regressive.

The Norwegian vehicle purchase tax, on the other hand, is an effective instrument for long-term greenhouse gas abatement, without having obvious regressive effects. The same is true of the value added and purchase tax exemptions for battery electric vehicles. These tax incentives have allowed Norwegian consumers a large new assortment of relatively affordable vehicles – cars that are also quite economical in use, since battery electric vehicles are three to four times more energy efficient than conventional cars.