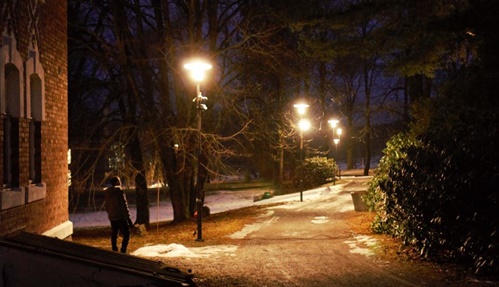 There is a clear connection between how satisfied people are with the lighting at a site and their sense of security.

When asking people to mention what could make them insecure in the Frogner Park and the NMBU Park, many mentioned lack of lighting.

Installation of LED bulbs in Kristian IV's gate outside the Palace Park, which provided better light distribution, led to more pedestrian traffic on the sidewalk which was better illuminated.