The project will investigate these changes through a series of case studies in four European countries - the UK, Sweden, the Netherlands and Norway- where new arrangements for car sharing are available.

To understand the interest and views of the stakeholders and policy makers, workshops will be held in all four countries countries. In depth studies of households are combinedd with a household survey.

Finally a cross-national delfi-study is utilized to develop scenarios, make estimation of potential future uptake of car-sharing, and its impact on energy use for hoseholds and the entire transport sector.

The work is organized through a close collaboration between leading experts on transport-innovations in the UK, the Netherlands, Sweden and Norway.

Information about this will be updated throughout the project.

The emergence of car clubs within London needs to be understood in the context of a number of developments. First, the car club marketplace has been characterised by conglomeration with existing companies and clubs buying up smaller clubs in order to create larger networks and selling out to more established transnational car club or car rental companies.

Second, and relatedly, through these mergers and take-overs as well as other initiatives led by transnational corporations in other sectors, the marketplace has become increasingly internationalised.

Third, business to customers (B2C) is the most dominant business model with some business to business (B2B) being operated typically by the same operators. There are currently relatively few organisations operating peer to peer (P2P) business models.

Fourth, the Car Club Coalition was established in 2014 which represents car club operators, London boroughs and councils, the Greater London Authority, Transport for London (TfL), The BVRLA and other key stakeholders. The Coalition has developed a  Car Club Strategy for the city which identifies the necessary actions to achieve the target of one million car club members in London by 2025.

There has been some research conducted on car clubs in London. Carplus has run an annual survey of users and operators since 2007. Meanwhile, the SPREE (Servicizing Policy for Resource Efficient Economy) project used London as a case study to explore the potential for a shift from car ownership to more service-based mobility concentrating on car and bike-sharing (Akyelken and Anderton, 2015). Both of these research initiatives have not yet examined the extent and nature of peer-to-peer car club schemes within London. The TEMPEST case study will redress this issue as well as providing a better understanding of how London’s context and policies have shaped the development and use of car club schemes within the city.

The history of car sharing in Norway can be broken up into four periods that characterize the business models, operational models and user profiles of the various platforms. During the first period, which lasted from 1995 to about 2004, local member-based car sharing cooperatives were established in Oslo, Bergen and Trondheim, inspired in large part, by the Swiss and German cooperatives that preceded them by at least a decade. The second period, which lasted from about 2004 to 2014, was characterized by the entry of corporate platforms both in terms of the service provider and the primary intended customer(s). The third period, which began in 2015 and is still underway, is marked by the rise of P2P platforms and the expansion of geographic coverage beyond the largest metropolitan areas.

In the most recent period, which is currently in its inception, there has been a blurring of the boundaries that distinguished the preceding periods as well as the different types of car sharing available in Norway. Most importantly, platforms have adopted hybrid business models that incorporate aspects of the P2P, B2B, B2C and cooperative models. There are also signs that car sharing may increasingly be linked with residential organizations, harkening back to the residential cooperative roots of world’s first formal car sharing organizations in Switzerland and Germany. Additionally, the first free floating car sharing scheme in Norway was launched in late 2018. 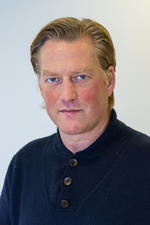