Road transport of goods
Although the increasing share of foreign actors in road transport in Norway is well documented, little is known about the consequences for national road safety, because the accident risk of foreign lorry drivers has not been calculated. Data from the National Public Roads Administration and the police seem, however, to indicate that foreign actors are overrepresented in accidents, especially during winter. The current project will provide systematic knowledge on these issues.

Foreign cargo ships now constitute a substantial share in the Norwegian statistics of ship accidents and groundings. The question is whether this trend reflects the higher share of foreign ships sailing in Norwegian waters (port statistics) or a real difference in accident risk for domestic and foreign ships.

Aims of the project
The main aims of the project are to assess the effect on accident risk of the increasing shares of foreign actors in road and sea transport of goods in Norway; and to provide a scientific knowledge base that Norwegian authorities can use to develop measures to reduce any increased risk identified.

Cabotage
The involvement of foreign actors in the domestic market for road transport of goods is limited by Norwegian regulations today (February 2013). These regulations are likely to be changed in 2014.

The EU currently intends to liberalize cabotage rules in all member countries, and it is likely that Norwegian rules will be adapted to those of the EU. Given the low level of wages in recent EU member countries it is likely that lifting the cabotage restrictions will dramatically increase the share of Eastern European lorries in Norway. To ensure that these lorries do not effect a disproportionate increase in accident risk on Norwegian roads, it is important to quantify their accident risk, and regulate to control it as necessary. 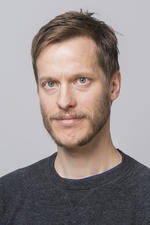