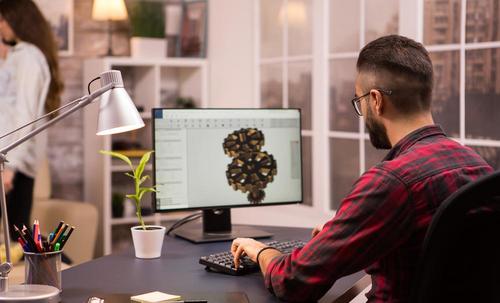 Nearly half of all working professionals had home offices in March 2020 because of the coronavirus. 47 percent of them say they are just as effective or more efficient now than in their regular workplace.

This is evident from a simple survey conducted by the Institute of Transport Economics using data collected by the analysis company Kantar. The survey includes a nationwide sample of 950 people.

The results thus indicate that very few people were at home that day only because schools and kindergartens were closed and without the opportunity to work.

In the survey we also asked those who were less effective about why. Here it was possible to check for several factors. 40 per cent say that it is easier to be distracted by other things when you have a home office (eg food is readily available) and almost as many state that it is not possible to do all the tasks from home (39 per cent) or that it was difficult to communicate with colleagues (38 percent).

Other important factors mentioned: 34 percent state that they were less effective because children were at home at the same time, poorly adapted workplace (29 percent), difficult to motivate and poor working tools (26 percent).

"When this crisis is over, it is not inconceivable that we can get a boost both in the home office and in the use of video meetings," says research leader Susanne Nordbakke at TØI. The fact that such a large proportion of the population has the opportunity to work at home is interesting in relation to work travel and the burden on the transport system. For example, more home offices can also help to ease the pressure on car traffic and public transport during rush hour in a normal situation, says Nordbakke.