Among the most important risk factors for motorcyclists are high speed and young riders, while drunk riding is not a common problem. 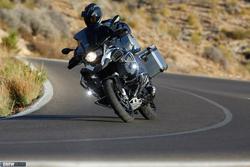 A new report port contains updated versions of five chapters of the Handbook of Road Safety Measures about motorcycle safety.

Literature studies were conducted with a focus on studies that have empirically investigated relationship to and effects on crashes and injuries. Among the results are the following findings:

The report is written in Norwegian, but you can find an English summary here: TØI Report 1517/2016. Motorcycle safety. Author: Alena Høye