How public transport services are organised and financed is an important research area at TOI. TOI analyses why and how different actors choose to organise and finance the services the way they do and the effects ofsuch solutions, including political governance, collaboration, economic efficiency, quality and social aspects.

The research area is interesting as organisational and financial solutions are in constant change. There are continuous reforms including the introduction of competition and re-regulation, delegation of responsibilities between the different political levels, the creation of new government agencies and management through, for example, innovative contracts. Authorities and users pose new demands for environmental and climate considerations, universal design, working conditions and technical solutions. Political goal conflicts occur. TOI sheds light on such topics drawing on approaches within political science, sociology and economics.

At the same time globalisation and Europeanisation increasingly affect market and politics. Through the European Economic Agreement, Norwegian policy relate to European Union law. Given this multi-level system, TOI contributes with knowledge as to how international pressures and regulations affect national and local decisions.

Examples of related research projects include the local implementation of EU law (Leiren 2014), coordination of special public passenger transport services (Leiren m.fl. 2014) and the effects of a Norwegian decentralisation reform on political priorities.

We have also analysed the role of counties as procurers and owners of administrative agencies and related to the National Public Roads Administration (Osland, Longva and Leiren 2009). We also have extensive knowledge about the effects of increasing competition on working conditions (Bråten et al 2013 ; Osland and Leiren 2006 ; 2007 ). 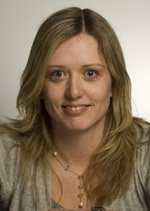