TOI conducts research on measures the state uses to influence local decisions on land use and transport-system development. We study the agreements underlying the collaboration between state, county and municipality, the organization of the cooperation and whether the applied measures are appropriate considering the goals they are to fulfil.

There is an interdependence between national and local authorities in reaching climate goals. For instance, the municipal level has been granted land-use planning authority, but depends on state funding to develop public-transport infrastructure or services.

National authorities have established several instruments to influence municipalities and counties. One way is to commit actors through binding agreements, where distribution of resources over time is related to goal achievement at the local level (such as within the reward programme and the urban environment agreements). Hence, the state attempts to steer municipal interests, policies and measures in the direction of the national objectives, while avoiding direct management of municipal policy.

This form of control has become widespread in Norway and other countries, and represents a transition from direct state interventions in municipal affairs, to more indirect forms of influence and control through contracts and regulation. Important research questions relate to whether such agreements are appropriate to reduce greenhouse gas emissions from transport.

In a research project, financed by the Norwegian research council, we are studying the urban environment agreements and ask at what potential they have for achieving sustainable housing, land use and transport development? The project is implemented in cooperation with CICERO (project management) and NIBR. Read more about the project here.

In another project, also financed by the research council, we study policy packages in three Norwegian cities. In the project, a PhD focuses on inhabitant’s acceptance of measures introduced as part of the urban environmental agreements. Read more about the project here. 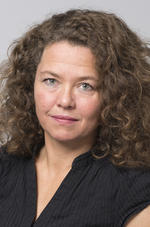