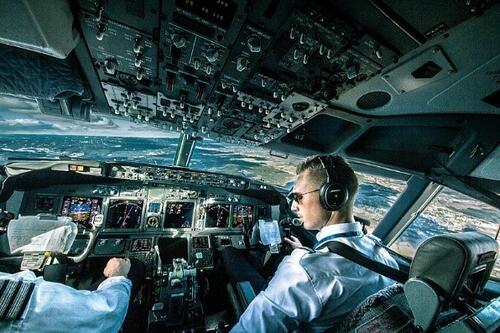 After Norwegian airlines got access to the European aviation market cabin crew have become a low-paid occupational group.

As a result of the EU / EC's three aviation packages in 1986, 1990 and 1992, the EEA area became a common aviation area with harmonized regulation. Through its EEA agreement, Norway gained access to the EU aviation market on an equal footing with all EU countries. Liberalization led to a strong growth in scheduled services, freight and passenger transport, as well as cheaper tickets and the establishment of more low-cost airlines. A new report from the Institute of Transport Economics have looked into how this effected conditions for Norwegian aviation employees.

Although the report shows that the majority who work in aviation in Norway and in Europe have direct employment, more people work without being directly employed in the company they work for and thus have atypical form of employment. Increased proportion of atypical employment contributes to challenging conditions for employees legally and puts pressure on pay and working conditions for all. In addition, several European studies and our interview data show that atypical employment might have a negative effect on air safety.

Airlines are split up and re-organized. Through "regulatory shopping" across national borders, airlines put pressure on other airlines to do the same in order not to fall behind in the competition for customers. Consequently, the industry needs better regulations and better control at national, Nordic and EU level.

Liberalization has led to lower wages for cabin crew

In spite of having lost in wage growth compared to average industrial workers in the last two decades, on average the pilots in Norway still have very solid wages and are one of the job categories that earn the most.

Cabin crew, on the other hand, have gone from being a relatively well-paid to a low-paid occupational group. The fact that a great number of cabin crew work part-time also has a negative effect on their financial situation.

According to Norwegian surveys and research interviews in this report, both pilots and cabin crew experience demanding shifts and report a lot of health problems compared to other occupational groups. Working in aviation puts a strain on family life for many. A great amount also report that they have a bad relationship with their employer.

Measures to improve conditions for employees and companies

The study recommends a number of measures to better regulate the company structures in aviation and implement better control at national, Nordic and EU level. These include:

Read the full report in Norwegian hereLink to the report