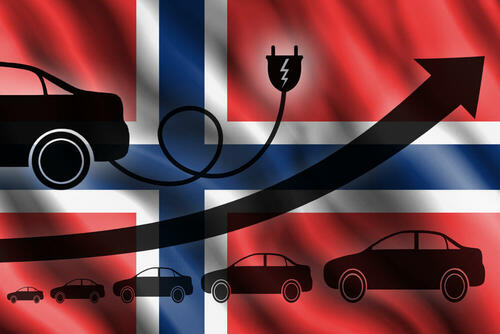 According to their most optimistic, “extra fast” scenario, CO2 emissions on the road will come down by 36 percent between 2005 and 2030, before taking account of increased biofuel use. To achieve a 50 per cent reduction, a biofuel blend-in of 27 percent in 2030 will suffice. The most pessimistic scenario suggests a mere 20 percent cut in fuel use between 2005 and 2030. In this case, to halve emissions, the biofuel blend-in would have to increase to 47 percent in 2030.

A most important incentive in Norway is the exemption from value added tax (VAT) for battery electric vehicles (BEVs). Reintroducing VAT on BEVs will reduce their sales by an estimated 30 to 40 percent at the 2030 horizon. The demand effect of VAT has been estimated by means of a discrete choice econometric model of automobile purchase. The same model has been used to assess the effect of extended battery electric range and of lower retail prices for BEVs.

The report has been authored by TØI researchers Lasse Fridstrøm and Vegard Østli and funded by the Research Council of Norway.